“Zerla” is a word of the local dialect with which it defines an agricultural tool used in the past.

The “Zerla” consists of a curved wooden stick with two hooks at the ends of which was used by placing it on his shoulders to carry the baskets of grapes during the harvest or the buckets of drinking water from the well to the house. 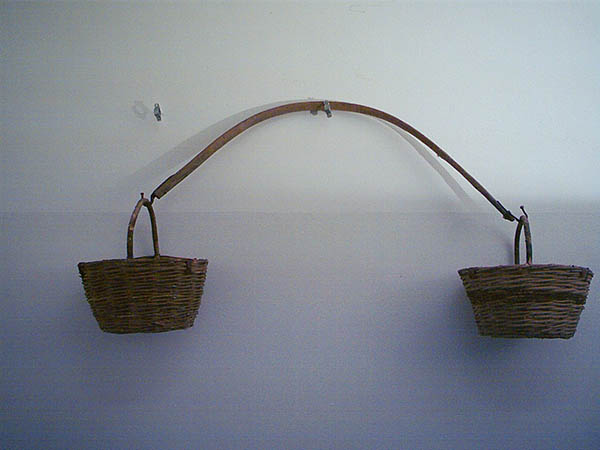 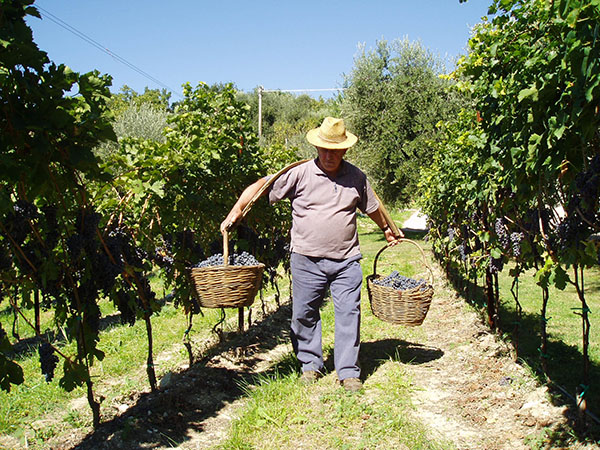 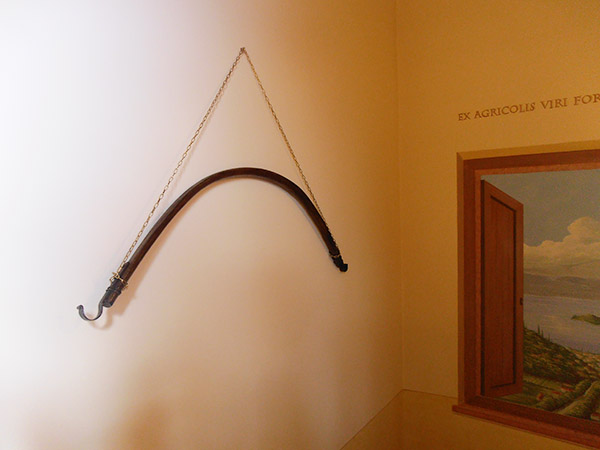 FOLLOWING SOME PUBLICATIONS ORIGINALLY IN VERONA DIALECT – TELLING ABOUT THE „ZERLA“.

In my younger days, it was a kind of festivity for everyone, farmers, women and – in particular – for the youngsters, who had the opportunity to participate in this event.
Early in the morning, after a quick breakfast with bread and milk for the young, roasted Polenta and salami for the adults, accompanied by the one or the other „goto de vin“ (glass of wine), on barrows and carts, crouched in the midst of the „sesti“ (baskets).
Arrived at the target location, in a row, the „sesti“ (baskets) along the „bine“ (grapevines), the „vendema“ (vintage) started, a child assigned to every woman with grape scissors. „I sesti impienii de ua“ (the baskets filled with grapes), ranged along the „bine“ (grapevines) were removed by selected harvest labourers with the help of the „zerla“ and carried to the barrows and carts, which – when fully loaded – were brought to the farmstead.
This procedure was repeated several times a day, depending on the location and consistency of the land and vineyard; in other cases the transport was done only once at the end of the day prior to sundown.
About noon „la parona“ (the proprietor; here: the winegrower) came with „polenta brustola’ e renga (formaio per i boce) (roasted Polenta, herrings and cheese for the children), some „goti de vin“ (glasses of wine) to wash down for the adults and pure spring water with a sip of wine for the young. Such a meal was served twice a day, once between breakfast and lunch, and once „ma co’ formaio verdo“ (but with Gorgonzola) in the late afternoon.

Tool making…… … set the „zerle“ to carry buckets and baskets on the shoulders, the „zerle“ were made of bastard acacia or fig tree wood. To achieve the typical form of the “zerle” the branch was bend and fixed for two years using heavy stones, then, the tree bark was removed to allow the wood to dry; afterwards, the branch was sawn, ground with the help of a rasp, drill holes were set, hooks were mounted to carry the buckets …

Write us for info